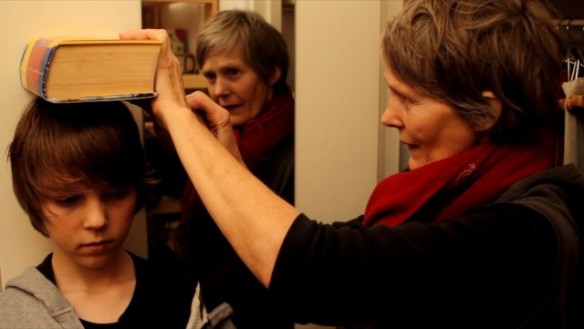 The raw food movement challenges the way we eat. Those following the movement eat only raw fruit, vegetables and nuts, eschewing anything that may contain added hormones, additives and chemicals. Francis and her teenage son, Tom, are strict followers of the raw food diet. However, after appearing on a television chat show, Francis is reported for child abuse and doctors test Tom. He is found to be malnourished, lacking many of the nutrients to allow him to grow to his full potential, and the government is obliged to step in.

I found this film difficult to watch. I believe that Francis loves her son very much, but it worries me so much that it appears she is basing these crucial life decisions on information found on Google. It annoyed me a lot that there was little discussion on the scientific basis for the research she’d done, especially given the long-term effects on her son. Tom seems potentially like a smart child who can make decisions based on information, yet there seems to be no comment made on the very emotive pleas that Francis is making to her son. It felt as though the cause is more important to her than her own son’s health.