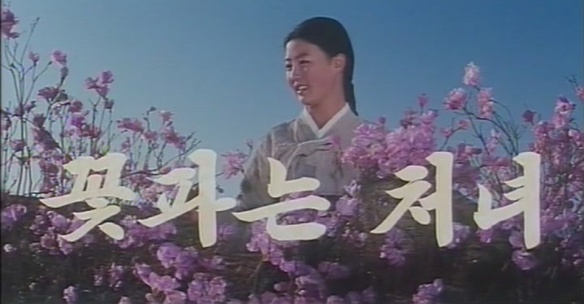 Another of the films as part of the look into North Korea, The Flower Girl is set during the Japanese occupation of Korea. Koppun is a young girl whose father is dead, her brother is in jail and she sells flowers to support her sick mother and young sister. Their community is being destroyed by the Japanese overlords and Koppun dreams of her brother returning with the Revolutionary Army to set them free.

The film is like a fairy tale. Perhaps it is because it was adapted from an opera. An opera written by the great leader, Kim Il-sung, no less. It is clearly anti-Japanese, pro-Revolutionary Army propaganda, and should not be mistaken for anything less than this, and even for this very reason it is worth watching.

The Flower Girl screens at ACMI on Saturday, August 10 at 3:45pm. To book tickets, visit http://miff.com.au/