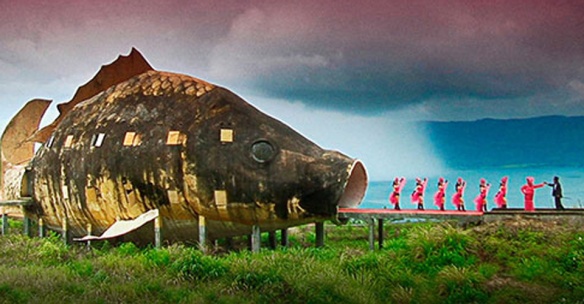 It’s hardly surprising that I am traumatized by this film. The Act of Killing is a terribly horrific documentary that was extremely difficult to watch. In 1965 in Indonesia, with the financial support of many western countries, the Indonesian government decided to get rid of all of the communists. The way they did this was to hire some local gangsters and have them all killed. Anyone they thought was communist; anyone Chinese; pretty much anyone they wanted to.

Recently, a filmmaker called Joshua Oppenheimer went to Indonesia to report on this and did not have to try hard to find the killers; these are men who are proud of what they did, and they offered to recreate the killing – playing both the killers and the victims. The film is made up of interviews with the killers and the recreations they stage, and it is unbelievable. The killing was not a simple gun to the head; the men liked to get creative. I cannot even begin to think of the things they talk about without becoming uncomfortable all over again. It is an amazing film to watch, but go in aware of what you are about to watch. Oh, and it also has the most gross and revolting tooth brushing scene I have ever seen. It’s not violent, it’s just repulsive.

The Act of Killing screens at Greater Union on Sunday, July 28 at 6pm and at the Forum Theatre on Saturday, August 3 at 1:30pm.  To book tickets, visit http://miff.com.au/