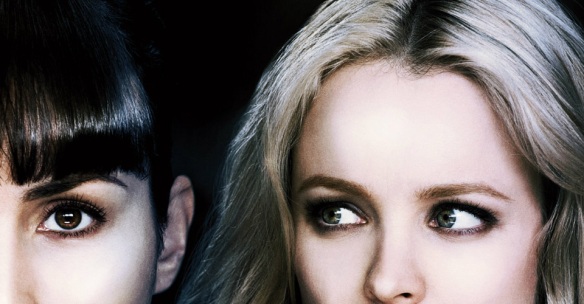 Christine (Rachel McCadams) is the boss of one branch of an international advertising agency, and she manipulates everyone around her to get her way. Isabelle (Noomi Rapace) is her assistant who is on the rise. When Isabelle seems to be reaching her peak, Christine will do anything to destroy her. But she has not counted on the human requirement for revenge.

Appalling. Absolutely appalling. There was almost no original idea in this film. Almost ever suspense film cliché was included, the characters were shallow and unbelievable, the plot was nonsensical, the use of musical stings to highlight the points of revelation were embarrassing and the noir lighting was overly obvious, even for someone who has never studied film. There were only two things that I genuinely enjoyed in the film. The first was the extremely creepy staring ballet sequences and the second was the scream that the woman behind me let out at one moment in the film.

It really was a fun cinema experience, only because the cinema was three-quarters full and it seems most people found the film as unintentionally comical as I did. Ah, dear.

Passion screens at the Forum Theatre on Friday, July 26 at 4pm and at the Kino Cinema on Monday, July 29 at 9pm and at Greater Union on Thursday, August 8 at 9pm. To book tickets, visit http://miff.com.au/