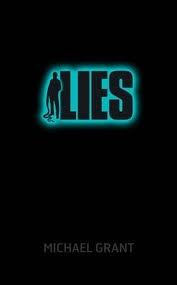 Following on from Hunger, Sam and the rest of the council have found a way to provide enough food to keep everyone alive using a new coin system developed by Albert. However, Sam is not coping well with the power and responsibility that comes with the position he has assumed as unofficial leader of the FAYZ, and the council (including his girlfriend, Astrid) wants to take control. Sam is sick of all the constant talk and lack of action, especially as there is a group of “normals” who have started to rise against the “freaks”, meting out their own cruel justice.

In this, the third book, Grant suddenly introduces several new characters. There are a group of kids from a variety of cultural backgrounds who were adopted by a mega-rich film star couple who also disappeared with the appearance of the dome. When Caine and the few kids who are still following him escape from Perdido Beach, they head to the island in the hope of finding food. Then there is the mysterious Nerezza who no-one recalls from before the dome who encourages kids to listen to Orsay who can visit dreams – and appears to be visiting the dreams of adults outside the dome; parents waiting, hoping their children will appear. And on top of this, Brittany, who had appeared to die in the previous novel, has suddenly reappeared; alive, but not alive. As has Drake.

These new elements keep the story fresh; especially the idea that there is life outside the dome. Plus, there are so many different areas which require exploring – from ensuring that everyone is fed to trying to figure out how these apparently dead people are alive, or whether the stories being told by Orsay have any truth.