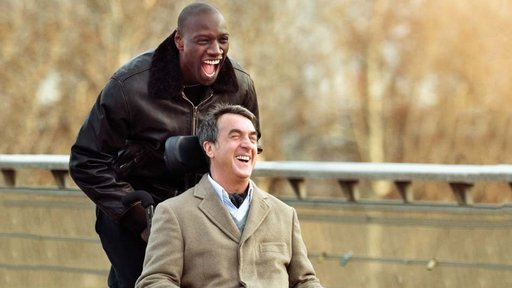 Phillippe (Francois Cluzet) is an extremely rich man who has become a complete quadraplegic in a paragliding accident. Interviewing for a  new carer, he meets Driss (Omar Sy) a young, black man who just wants his papers signed so he can receive benefits. Instead, he hires Driss and an unlikely friendship takes place.

There was nothing very unexpected in this film, but it was just wonderful. The characters are totally engaging, from the two main characters to the other staff who keep Phillippe’s empire running. The story is believable but just so much fun. It is no wonder that the film was nominated for and won a slew of awards across the world.

The Intouchables was nominated for a Golden Globe for Best Foreign Language Film.