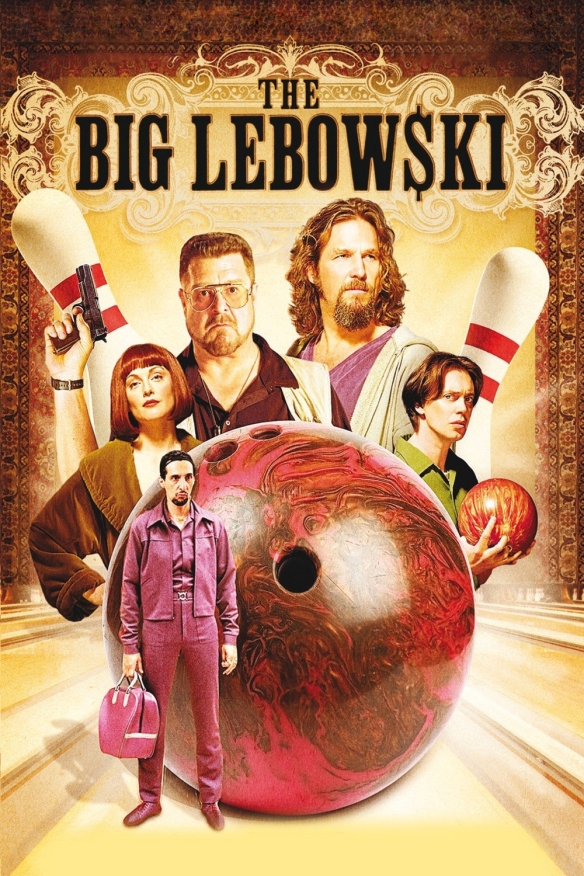 No matter how many times I see this film, I can watch it more. It’s funny, tragic, quirky and ridiculous, and is one of my favourites ever.

So, there’s a guy called Lebowski who is better known as The Dude (Jeff Bridges). He’s an old hippy who potters around, getting through life somehow until one day his house is broken into by thugs who threaten him and urinate on his rug. When realising it is a case of mistaken identity, his best mates and bowling buddies Donnie (Steve Buscemi) and  Walter(John Goodman) advise him on how to resolve this issue. And along the way are nihilists, artists, acid flashbacks, kidnappings, beating up cars and a lot of swearing.

If you’ve not seen the film, you may well not like it. Because if you have friends who like the film, they’ve probably forced it on you. If you didn’t like it, you may no longer have those friends – it’s one of those films that people get crazy passionate about. Use this as a test: watch this clip that shows the entrance of Jesus (John Turturro). If you don’t think this is the most magnificent introduction of a character in cinematic history, you may not like the film. And I’ll chuck it out there: what other character entrances are magnificent? (My second would be Ray Winston in the opening of Sexy Beast. Find that one yourself – I couldn’t find it on youtube. You need the full version with Peaches by The Stranglers)