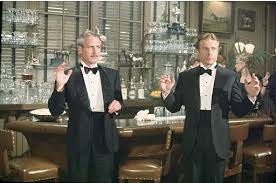 It’s the 1930s. It’s Chicago. Johnny Hooker (Robert Redford) is a small time con artist who wants to step up to the big league. He ends up working with Henry Gondorff (Paul Newman), though things don’t go quite to plan.

Ah, these films that set up elaborate plots, don’t give the audience all the information, then let the scene play out, leaving the audience on the edge of their seat, hoping against hope that all will go well. Love it. Cannot get enough of it. It is a long film with a lot of set up, but watch it, and watch it closely, and love it like I do.