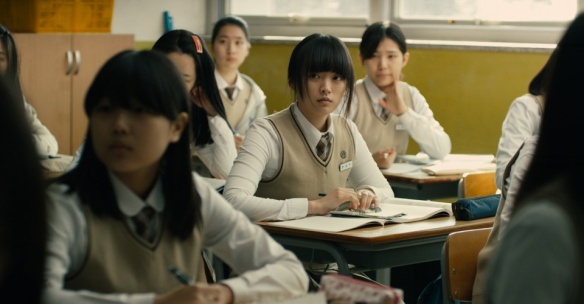 Han Gong-Ju is a schoolgirl who has been moved from her school to one who would take her, even though everyone insisted that it was not her fault. She is suspicious of her schoolmates and of the woman she lives with and does not know who to trust. Just when she seems to be settling in, the tragic event that caused her to be moved is revealed.

Han Gong-Ju is one of those films that just kill me. Much of the film is light and comic, yet the sinister grumble of something bad is lurking not far beneath the surface until it finally is revealed. It is painful and quite horrible but amazing, one of my favourite films in a long time. Having a look in the MIFF program, I see this film is the debut of director/writer Lee Su jin. Debut. Wow.

Han Gong-Ju is screening at 9pm on Tuesday August 5 and at 9pm on Thursday August 7 at the Forum. Book tickets at MIFF http://miff.com.au/program/search or call 9662 3722