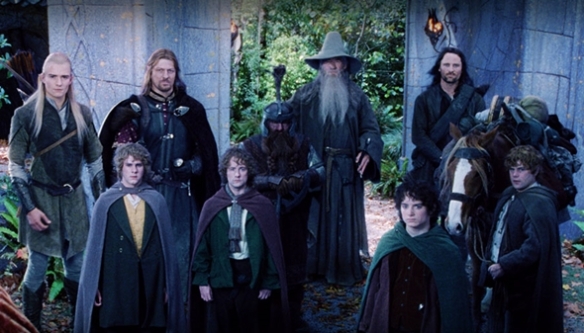 Having watched the first two hobbit films, I wanted to revisit The Lord of the Rings. All I really remember is that the last film had about seven endings and drove me nuts (especially as, being such a long film, I was desperate for the loo) and that it was all pretty epic.

So this, the first one. Wow. It’s everything I remembered. Big, loud, strong, violent, funny at times, full of heart and with both Viggo Mortensen and Orlando Bloom looking more attractive than in anything before or since.

So, Frodo (Elijah Wood) has to take the evil ring to the fires of Mordor to destroy it. In this film, he joins with a bunch of humans, elves, hobbits and a troll, and (of course) Gandalf (Ian McKellen). I couldn’t recall the whole story, and so it was as exciting as the first time. I’m making this a movie marathon. Wonderful.