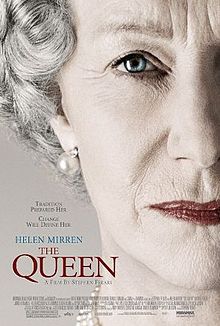 In the nineties, the British royal family were struggling. There were several divorces and the public were less and less engaged with royalty. Then Diana died and the country needed leadership. Very difficult for Queen Elizabeth II (Helen Mirren), who was unwilling to break royal protocol for a woman she despised. Receiving conflicting advice from her husband, Prince Phillip (James Cromwell) and mother, the Queen Mother (Sylvia Syms) to her son Prince Charles (Alex Jennings) and Prime Minister Tony Blair (Michael Sheen), these are the private struggles of a very private woman.

I enjoyed it. As a child and teenager, I grew up a bit of an Anglophile (though I’d blame The Goodies, Kenny Everett and The Young Ones more than the royal family). I was in the UK at the time that all of this madness happened (and by that, I mean the massive outpouring of grief and the media hounding the queen for a response. I’ve no idea if any of the behind the scenes stuff is vaguely close to being accurate, but it could be.