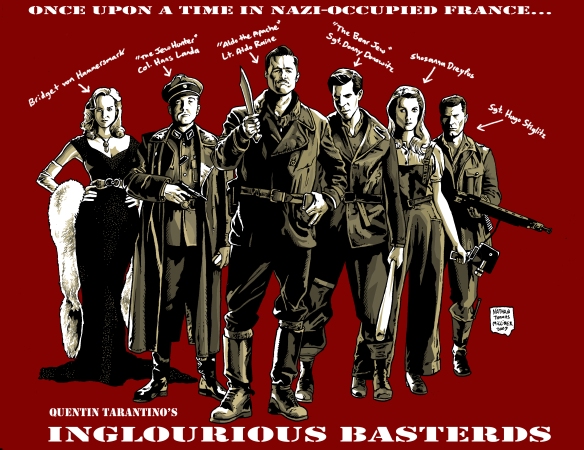 Imagine if you could go back to World War 2 and kill a whole heap of Nazis… how would you like to do it? How about get Brad Pitt to lead a bunch of Jewish soldiers as a small unit that sets out to kill them, striking fear into the heart of leadership, including Hitler himself. Now imagine you are a young Jewish girl whose family are slaughtered by the soldiers of one really nasty Nazi. And imagine you had the chance to get him and many other main Nazis… including Hitler himself. Now imagine all of that is directed by Quentin Tarantino. Yup, that is how excellent this film is.

It gets totally and utterly ridiculous at times; wonderfully, really. Funny and absurd. If you don’t like violence, it’s not going to be your cup of tea. But I would recommend watching the opening sequence – I think it is the best opening sequence of a film ever (although then there is Sexy Beast…) Christoph Waltz is utterly amazing in this role.