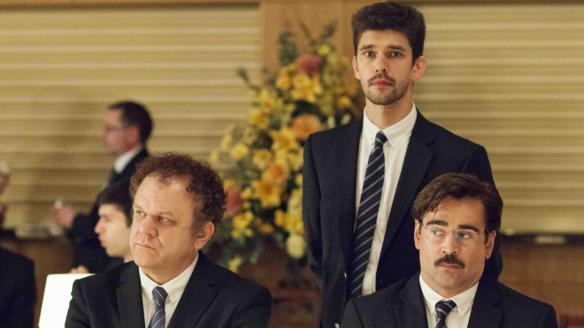 It’s an alternative world, where if you become single (even through death or divorce), you are taken to a hotel where you are stripped, put into identical clothes and you have forty-five days to find love or you are turned into an animal (to give you a second go at finding love). The only way you can give yourself a greater chance is if, during the hunt, you bag one or more ‘loners’ – single people who live and thrive in the woods. David (Colin Farrell) ends up at the hotel with his dog/brother, but decides to take an alternative path.

This is an insane, strange, mysterious, hilarious, fantastic, strange, wonderful, awful, amazing, strange film. I totally loved it, but there are many reasons I couldn’t see it again. The performances were all so strange and controlled but utterly perfect, and Colin Farrell in particular was amazing. I don’t know exactly who I’d recommend this to, but I’d certainly recommend watching it like I did, at an outdoor screening like Shadow Electric at the Abbottsford Convent in Melbourne, with an audience who enjoy laughing aloud.

The Lobster was nominated for a BAFTA for Best British Film.