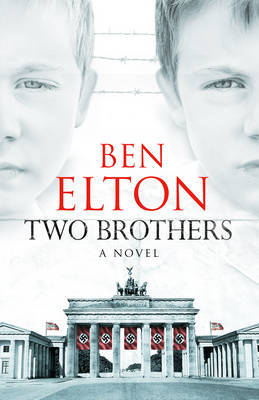 There are two boys growing up in Germany in the years before the Nazis come to power. What they don’t know is that one has been adopted into the family; one is Jewish and the other isn’t, and both are in love with a local beauty, the daughter of a rich Jewish man who owns a department store. As Hitler rises, they need to find ways to survive, with or without each other.

I really enjoyed this book – although I find that ‘enjoyed’ is always a problematic word when describing a book that covers these kinds of tough times. It’s odd, because I didn’t write this straight after reading as I usually do, but a few months later when I realised I hadn’t reviewed it. I had to do a quick look online to see if I could find the character names, and it seems that this book was not very well accepted by the critics. I’m surprised, as I thought it was great – at times tough. It was less funny that most Ben Elton stories, but that’s hardly surprising given the material.