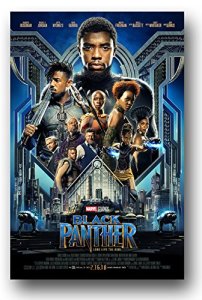 After his father’s death in a previous film, T’Challa (Chadwick Boseman) must return to Wakanda to become king. Wakanda is a nation that appears to the world to be a poor, African nation, but has hidden cities, wealth and incredible technology. But when a new bloke, Eric Kilmonger (Michael B Jordan) turns up to challenge him, their very way of life is threatened.

I loved it. Good folks, bad folks. Clear story, awesome characters. Especially following this up with Avengers: Infinity War which has way too much stuff going on. And the technology! And smart women and tough women and kind of just a shame that none of the leaders were women, just saying.