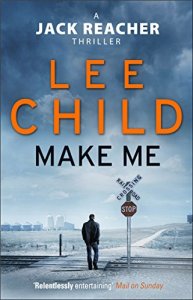 Reacher is in a remote town in the middle of the US and strange things are happening. This is one of those bools where Reacher accidentally ends up in the wrong place at the wrong time and gets tied up in a ridiculous and confusing plot with dead people and conspiracies.