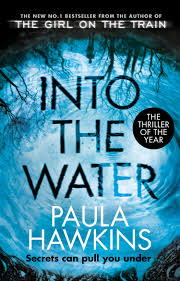 In a small village in the UK, there’s a river and in it, a popular swimming spot called the Drowning Pool. Over centuries, a handful of women have died there. When Nel dies, not long after the death of teenager Katie not long before. And the web gradually dissembles, revealing so many secrets.

It’s a bit of a confusing book as there are a lot of points of view, and Paula Hawkins drips out the information so the reader gradually builds up a picture of who did what. Having said that, I was compelled. I was dying to know what happened to who and to know all the secrets. I couldn’t put it down, and while it was flawed, I generally really enjoyed it.