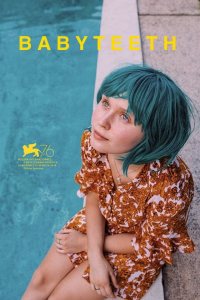 Milla (Eliza Scanlen) is a teenager who is rebelling, has found a new crush, Moses (Toby Wallace) and is living wild. When she brings Moses, a rough looking, rough sleeping, drug using twenty-something home to her very middle-class parents, they don’t know how to react. As it happens, Milla is very ill and her parents are struggling with this as much as with this behaviour that they can’t understand.

There was a lot to love about this film – Scanlen and Wallace were great, as were Essie Davis and Ben Mendelsohn as the parents. It was a fascinating exploration of what parents do with a child who they can’t fix, walking the fine line between protecting her and allowing her to live a full life. However there were characters and sub-plots that were somewhat confusing. Discussing it afterwards, I felt like there were scenes that either I somehow missed, or that had been edited from the film that would make some aspects make more sense. Overall, though, I enjoyed it.