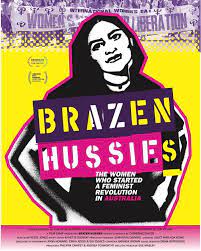 Interviewing those at the forefront of the movement, Brazen Hussies tells the story of the feminist movement of the sixties and seventies in Australia. It’s fascinating to hear these pioneers talk about what they wanted and how they went about it. I was glad to see that it touched on some of the negative parts of the movement, including racism (mostly by neglect – the feminist movement has largely been driven by white women and often disregards or ignores the needs of non-white women), homophobia and the divides of ideology.   This is a must see for most Australians, especially women, to see what came before. It was a flawed movement, but responsible for much change.