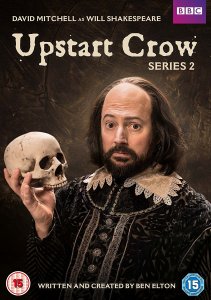 Created by Ben Elton, with echoes of Blackadder, Upstart Crow has a stellar cast and it’s an awesome concept, basing each ep around one of Shakespeare’s plays. While overall I found it a bit twee, with some of the concepts really forced, it has moments of utter genius. The ep where everyone is convinced that Hamlet is a comedy is brilliant. Well worth a watch.