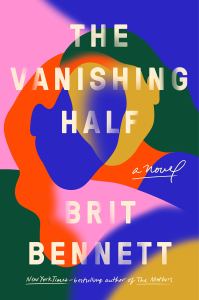 Mallard is a small town where the African American residents value light skin over just about everything else. After sneaking out of town with her twin sister, Stella, years earlier, Desiree returns with a child with dark skin. In their life in New Orleans, Stella left and Desiree longs for her, but works hard to raise her child.

The book tells of the sisters and of the town. Of how they lived, of what happened to Stella, and of what happens to the next generation. It’s a book which covers bigotry and secrets and the value and worth placed on human life. It’s beautiful and moving and very much deserves the heaps of praise that it has received.

The Vanishing Half was long-listed for the Women’s Prize for Fiction, was awarded the Goodreads Choice Award for Historical Fiction amongst other accolations.