It’s 1985. Rad Miracle (Marcello Conte) is on his summer holidays, trying to avoid his family and meet girls. First, he meets Teddy Fryy (Myles Massey), an African-American kid from Baltimore who shares his love of rap and breakdancing and they become tight. Then, he meets his crush, Stacy Summers (Emmi Shockley), a local girl addicted to slushies – with additives. But to gain her heart, he thinks he needs to beat local bully Lyle (Joseph McCaughtry), flanked by hilarious bully sidekick Dale (Andy Riddle) and there’s only one way to do this. Ping Pong.

I loved this film so much. It’s a hark back to days of holiday friends, being trusted to be away from the temporary family home for hours at a time, walkmans and teenage crushes. I think it really works so well because all of those cheesy lines that the audience roars with laughter at were really the expressions that we wanted to use (and often did use); and we were laughing with familiarity and love. But some of those lines are truly magnificent, and a mash-up of lines from Dale alone is certainly warranted (come on, Internet. Bring it on!).

If you ever felt like you were doing the worm and wondered what you really look like – check out this film. Chances are, you were just like Rad Miracle. 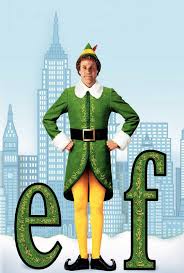 Santa (Edward Asner) made a bit of a mistake and brought a human baby back to the North Pole. Rather than returning him to the orphanage from whence he came, the baby, Buddy, is adopted by a senior Elf, Pappa Elf (Bob Newhart) and raised to be another Elf. But things are not smooth sailing, and eventually, Buddy must learn the truth. Discovering that his mother has passed away but his father, Walter (James Caan) is still alive, adult Buddy (Will Ferrell) goes to New York to find him, and find a new life.

Around Christmas time there are always a lot of lists about best Christmas movies. I usually ignore them – I’m not really into Christmas films. There seem to be increasing numbers of houses with light displays each year in Melbourne, but regardless of complaints about the commericialisation, we don’t have the insanity that Christmas in these movies seems to have. I don’t mind a film with a bit of schmatlz or corniness, but I do find a lot of Christmas films a bit hard.

Elf is great. It’s really funny and great for kids without getting too racy, but it is not stupid. It is made very easy to totally buy into the innocence and naivety of Buddy, and how difficult he may find fitting in to modern New York. I doubt a total scrooge would enjoy it, but me? Bring it on.