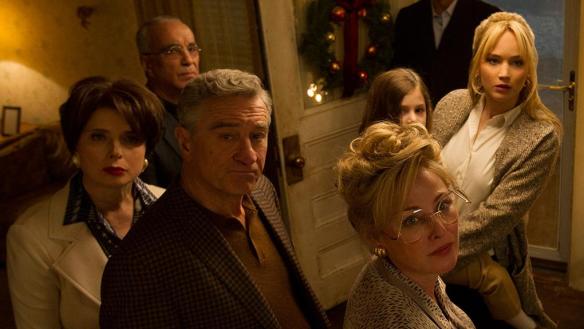 Joy (Jennifer Lawrence) is an adult who is divorced but whose ex-husband lives in the basement of the house she shares with her child (children? I think there was a son, but he was very insignificant in the film), mother and grandmother. Her father, Rudy (Robert De Niro) has moved back in after breaking up with his girlfriend, and then there is her sister who is a bitter a twisted woman. Joy was told as a child that she was super special, and now she feels let down. But she has an idea – could this turn her life around?

I wanted to like this so much. I’m a fan of many of the actors and, while I didn’t love Silver Linings Playbook, I have enjoyed many of David O. Russell’s previous films. But it was just flat and everyone was annoying, and they were annoying all of the time and there was even a scene where *slight spoiler* Joy cuts her own her with a pair of scissors and then it looks amazing the next day, and that’s clearly crap. In fact, I’d go so far to say that the amazing looking haircut done at a moment of emotional desperation/breakdown that looks amazing the next day is as tedious in a film as ‘I woke up and it was all a dream’. Even if this is a totally true story and that is really what happened.