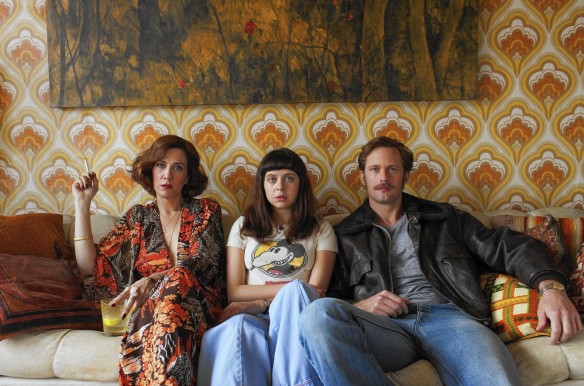 It’s the 70s. Minnie (Bel Powley) is a teenager whose mother, Charlotte (Kristin Wiig) has come out of a long-term relationship with a man who restricted her freedom. She now has a boyfriend, Monroe (Alexander Skarsgard) and together they regularly get drunk and high and have a great time. Then Minnie starts having sex with Monroe without her mother knowing. And she loves this secret, despite feeling ugly and terrible.

It’s an odd film. I hate the idea that this man takes advantage of this girl, but yet he ultimately seems more unhappy and basically effed up than anyone else. But is him feeling a bit crap any real punishment for his seducing this young, innocent girl? The fact that both she and, ultimately, her mother come out better at the end doesn’t really make up for his sleazy behaviour… does it?

I love the occasional use of animation, and the fact that the girl is ultimately stronger than she thinks, and despite her mother, you feel that she’s got a good future at the end. I think I liked it; I definitely likes Bel Powley as Minnie and look forward to seeing more from her.