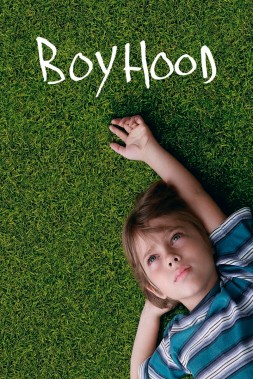 Mason (Ellar Coltrane) is just your average kid, fights with his sister, Samantha (Lorelei Linklater), his single mother (Patricia Arquette)is struggling with life and studying to make a better life for themselves and his absent father (Ethan Hawke) suddenly appears. And then over the next couple of hours, we see him grow from a small child to a teenager, heading to college.

This film was taped over twelve years, using the same actors. Some people have criticised it as being just an experiment, but I don’t think that is a bad thing at all. What I found was that it was a long view into the ordinary lives of people. At times, it seemed far too long, but that didn’t bother me all that much. Mostly, I just really enjoyed the trip. I enjoyed the way time was represented, that before you knew it, one whole period of time was gone, that relationships developed and disappeared with little explanation. Essentially, the whole film really captured that feeling that life disappears before you know it. And I liked it.