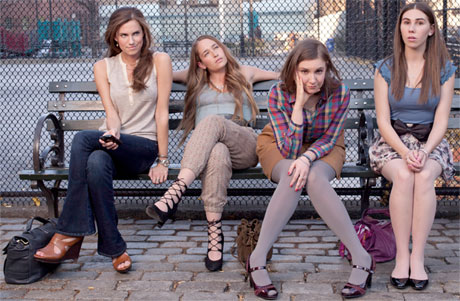 Hannah (Lena Dunham) lives in Brooklyn with her best mate, Marnie (Allison Williams). She is intending to be a writer, but since her parents cut her off, she is having to work. Meanwhile, she and her hipster mates are exploring their lives and limits.

In case I’ve never made it clear, I love hipsters. I’m not one because I think I’m far too old to be throwing my hat in with a bunch of early twenties cool folks, but I admire from a distance. I don’t know if you could enjoy this show if you hate hipsters; I think Lena Dunham’s extremely clever wit and insight into the characters is by far enough to carry the show, but I can imagine hipster-haters just rolling their eyes as they reach for the remote.

Enough people must think like me, as Girls has become a huge success, winning critical and popular acclaim and Golden Globes.