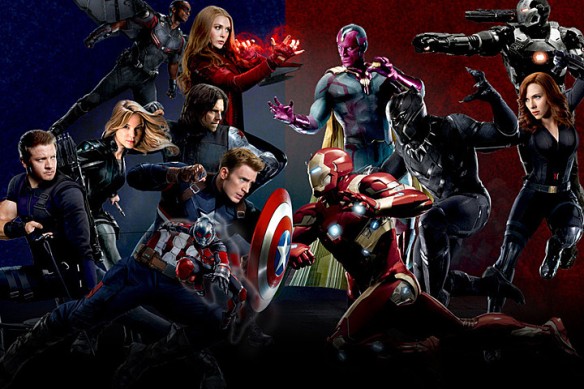 There are these superheroes who go around and save the world against terrible horrors – like giant alien worms and the like. And behind them, they leave destroyed cities, dead civilians and people are not happy about it. So, the world wants to set a restriction on them – make them responsible to a panel. Some of the heroes, notably Tony Stark (Robert Downey Jr.) are for this – he is feeling particularly guilty from the last film. Others, like Captain America (Chris Evans) are against this, concerned that they would become puppets for bad guys. And then there are problems, and they all fight, and it gets exciting.

I love it. They’ve thrown in some new guys, like Spiderman (Tom Holland), and brought back loads of the originals. Notably, the Hulk is missing, and I want him back, but I’ll still enjoy all the fun and ridiculous stuff that this film gives me. And I’ll watch more in the future!

Imagine if you could go back to World War 2 and kill a whole heap of Nazis… how would you like to do it? How about get Brad Pitt to lead a bunch of Jewish soldiers as a small unit that sets out to kill them, striking fear into the heart of leadership, including Hitler himself. Now imagine you are a young Jewish girl whose family are slaughtered by the soldiers of one really nasty Nazi. And imagine you had the chance to get him and many other main Nazis… including Hitler himself. Now imagine all of that is directed by Quentin Tarantino. Yup, that is how excellent this film is.

It gets totally and utterly ridiculous at times; wonderfully, really. Funny and absurd. If you don’t like violence, it’s not going to be your cup of tea. But I would recommend watching the opening sequence – I think it is the best opening sequence of a film ever (although then there is Sexy Beast…) Christoph Waltz is utterly amazing in this role.

Marion (Julie Delphy) grew up in Paris but now lives in New York. Having travelled through Europe with her boyfriend, Jack (Adam Goldberg), they end their trip with a couple of days with her parents. But when they keep bumping into her exes, their relationship is stretched.

This film is so delightful in the way it has taken the elements of a French farce and put them into a modern context and it works beautifully. Farce can have a real clunkiness and obviousness that can be almost tedious, but this is subtle and gentle and funny and also, surprisingly, quite emotional. 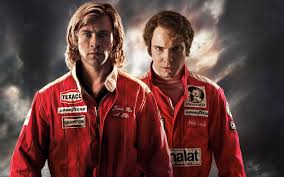 Niki Lauda and John Hunt were apparently famous for their rivalry as Formula One drivers in the 1970s. I wasn’t aware of this, but that’s not really surprising given my lack of interest in sport. Two men with similar backgrounds but different motivations, both wanting to be World Champion. I don’t want to give away any spoilers for those, like me, who have no idea of the events that occurred in 1976, but it makes for a very exciting story.

Yet. A bit like the Senna documentary, the rivalry interested me, but not enough to be totally engaged. When it came down to the wire, I really didn’t care who won. Perhaps it was that I didn’t really like either character. They both had the arrogance that is possibly required to be elite in a sporting arena. James Hunt, depicted by Chris Helmsworth,  is reckless, hotheaded and annoying. Niki Lauda played by Daniel Bruhl, is calculated, precise and humourless (mostly. Ah, but when Lauda finds his humour, this was my favourite part of the film).

It’s definitely worth watching, and I think if you like cars and racing and especially if you are familiar with the story, you will love this film. For me, just a few too many cars.