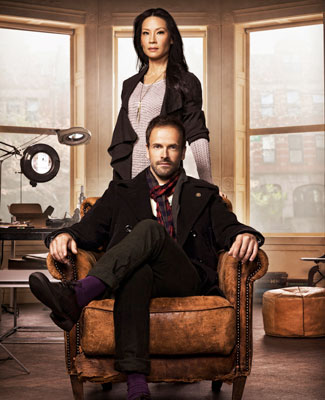 Another interpretation of Sherlock Holmes? Really? There have already been hundreds, including the excellent films starring Robert Downie Jnr and Jude Law and the totally amazing BBC series. But why not do an American version? And why not have it set in contemporary New York, with Lucy Liu as a female Doctor Watson? Why not?

The first episode was appalling. Perhaps that’s a bit harsh, but I’ll come back to that. The premise is that Sherlock (Jonny Lee Miller) is an eccentric ex-drug addicted Brit who is used by a New York police detective to assist with unusual murder cases. Watson is an ex-surgeon who, after losing a patient, gave up medicine and now is a companion to recovering addicts. She has been employed by Sherlock’s father to keep an eye on him. What was appalling in the first episode was that the examples that were given to show that Sherlock was far smarter than her were dumb, which made this doctor (and doctors are pretty smart, generally) look really stupid.

Three episodes in and it is getting better. I quite like Lucy Liu, and it’s nice to see her on-screen again, although perhaps I should just watch Kill Bill or Charlie’s Angels and see her being somewhat kick-arse rather than this wussy character. I think the show would have been better if they’d taken a lot of these elements of Sherlock Holmes but perhaps actually not the names. Sherlock Holmes has a lot of in-built expectations, and I think something this b-grade can not live up to it.