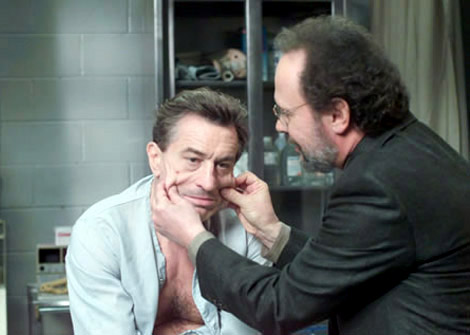 In jail, mob boss Paul Vitti (Robert De Niro) is the target of someone who wants to kill him. He fakes mental illness to be released into the care of Dr Ben Sobel (Billy Crystal). Then all matter of crazy happens (again). He’s also a lot meaner and nastier than in the first, and that’s not so enjoyable.

If it works once, doesn’t mean it needs to be revisited. It just was not that good. It had some of the humour and heart of the first one, but there wasn’t enough, and the storyline wasn’t that great. In fact, watching this almost ruined the first one for me.

It’s a good, strong Hollywood comedy. The story is actually vaguely believable, the characters are unlikable but in a very human way, and it’s pretty funny. Something about it seems extremely dated, but it is still worth a watch. Ah, I see why it works – Harold Ramis. He was a great comedy director, and while this wasn’t his best, you can certainly see where it worked. 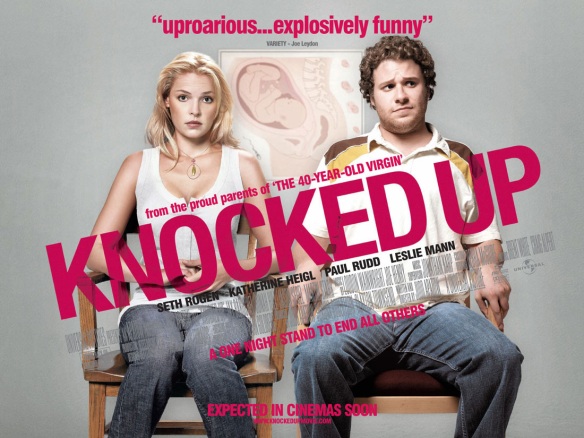 Alison (Katherine Heigl) takes her sister Debbie (Leslie Mann) out partying to celebrate her new onscreen role on a television entertainment show. He meets Ben (Seth Rogan) who is out partying with his stoner friends. They spend the night together and then, a few weeks later, she discovers that she is pregnant. The film takes them through the discovery and up to the birth with them trying to form a relationship with each other and prepare for a baby.

It’s pretty average. There are certainly fun moments, but there seemed to be no reason for it to go on the way it did. I could not figure out why on earth they would pursue a relationship given how much they really didn’t get along. But luckily, it seemed that having the baby meant they will have a happy life. Whatever.