Well, thank goodness they did a total rewrite and didn’t try to use the most recent Bridget Jones book, Mad About the Boy, as the basis for this film. This is a book spoiler alert – in the book, Mark Darcy is dead and Bridget is raising their kids alone and is (as always) desperate for a man. It was a good book, but oh so sad! Thank goodness Helen Fielding was on board for creating a whole new story.

Bridget (Renee Zellweger) is single again, having broken up with Mark Darcy (Colin Firth) a few years previous, and he found someone else and married. She’s a successful news producer, although still makes typical “Oh, Bridget” mistakes. That would get most people fired on the spot. Suspend that disbelief. She goes off to a weekend camping festival with news presenter and mate Miranda (Sarah Solemani) and bumps into the very hot Jack (Patrick Dempsey) and they have a good old shag. A week later at one of her mate’s kid’s christening (which for some reason is as big a party as a wedding, these people are insanely rich) she bumps into Mark who reveals he is getting divorced and they have a good old shag. Three months later, Bridget finds out she is pregnant and doesn’t know who the father is. She tells them both and the rest of the film is competition win Bridget over.

It’s great – if you love Bridget Jones and this type of film. All of the old cast are back – Gemma Jones, Jim Broadbent, Sally Phillips, Shirley Henderson and then get great surprises like Emma Thompson as the fabulous obstetrician and Neil Pearson as one of Bridget’s colleagues. There is the issue of being all about a woman needing a man to fulfil her, which was always the goal of Bridget and always felt to me a bit disempowering for women. However what works here is that Bridget is successful in her career already and has a fabulous flat and great friends. She doesn’t desperately seek the handsome American as probably would have happened in earlier episodes – in fact, only tracking him down when she needed some info about paternity. My favourite moment was that, even though she loves Mark Darcy and clearly they get along well and love each other, she pushes him away because he is a workaholic. She doesn’t blame him, but just clearly states it didn’t work for her for the ten or so years that they were together and she’s not prepared to go back there. Go Bridget! 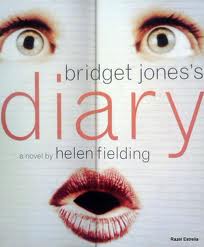 Remember Bridget Jones? She was thirty something, and in her diary we learned that she drank more than she wanted to, she smoked more than she wanted to, she constantly worried about her weight and men and not getting a man and what everyone thought of her. This is the original book. Now, it is somewhat dated. If only because of the whole mobile phone thing – she had a phone, but it was far more common for people to call the landline and the mobile was just for emergencies. Oh I remember those days!

With the recent release of the latest of the Bridget Jones books, it was time for a revisit, and it was a  delightful stroll down memory lane, of living in London and really knowing what she was all about. I think it’s about time I revisted the film.

Bridget Jones – The Edge of Reason

The Edge of Reason followed straight on from the end of Bridget Jones’s Diary and does not quite hold up. Yes, she is the same paranoid and ridiculous character, but I just felt annoyed that she was making the same mistakes. Yes, she made a few different ones, but even they weren’t so different to the original ones. And the whole trip overseas trusting a stranger drug mules stuff (sorry, spoiler alert and all that) was just ridiculous. I reckon.

Bridget Jones – Mad About the Boy

I went into this expecting to not like it. I thought it could be like the second – kind of missing the fun of the first book. Plus, I’d heard the one thing which I thought was going to be a massive spoiler – Mark Darcy (Bridget’s love) is dead. Was Bridget going to be pining? To be hanging out on her own, lonely and miserable?

Thank goodness the book starts several years after Mark Darcy has died. Bridget still mourns, but has reached the point where she is ready to start looking for love again, only now she is fifty-one and has two small children. To my surprise, I really enjoyed this book. I liked the older Bridget, even though I wanted to rip her mobile out of her hands and throw it out the window, and I liked the story. I expect there may be a film, and I can’t guarantee I’ll like that, but I might. I’d probably give it a go.