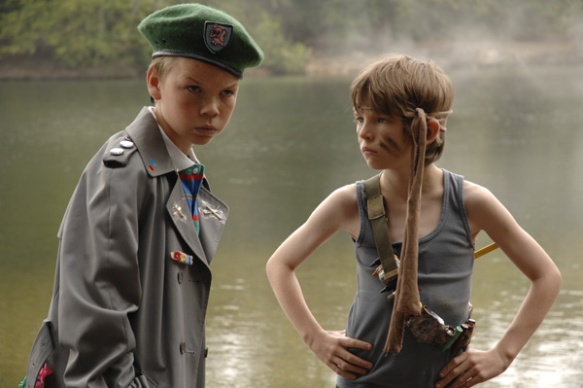 Joshua (Bill Milner) is a kid with a huge imagination being raised in a strict religious group. He is not allowed to watch TV or films, so when he ends up accidentally watching a pirated copy of Rambo in the shed of local bully Lee Carter (Will Poulter), his world is totally blown. Using his brother’s camera, Lee wants to remake Rambo. Between the two of them, they get a fair bit of the filming done. But then the flying dog gets away and their script becomes public, and suddenly they are having to involve others, and things start to go wrong.

Awesome. Two really strong leads in Bill Milner and Will Poulter lead a great story with quirk, heart and general aceness. It’s funny, it’s moving and it is totally and utterly worth a watch.

Starting with a mysteriously un-mustacchioed Bill Bailey setting the scene in Edinburgh, centre of medical study, in the 19th century. Bodies are require for medical studies and the police are carefully monitoring the cemetery for grave robbers. William Burke (Simon Pegg) and William Hare (Andy Serkis) discover that they can make a living providing the bodies – although it may mean they have to start killing them.

The concept is great but the script is average. The characters are over-the-top and the acting is cheesy, but overall, I didn’t mind it. I think it should have been a lot better, with such an amazing cast, but it was a bit of fun.