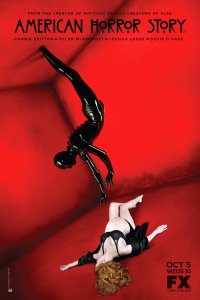 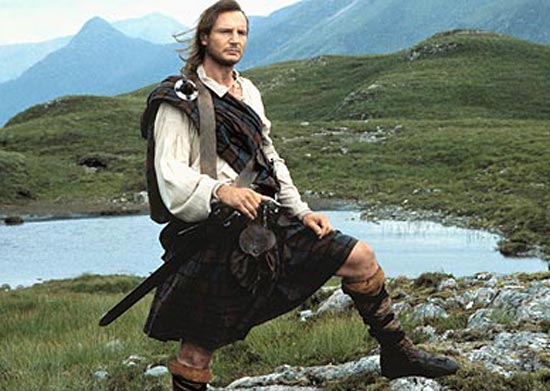 Rob Roy MacGregor (Liam Neeson) is the head of a clan in 1712, Scotland, living in idyllic happiness with his wife, Mary (Jessica Lange) and their sons. But he is at the whim of the powerful classes, most notably English Lord Montrose (John Hurt), his manservant Killearn (Brian Cox) and the evil Cunningham (Tim Roth). MacGregor needs to find a way to retain his honour in the face of adversity.

It came out in 1995, the same year as Braveheart, and there are clearly a lot of similarities. I love it, even though I question the lack of Scottish actors (especially with a few of the very dodgy accents), though certainly the main cast is extremely strong and drive the story. Revisiting this was extremely interesting, and what I noted the most was the extremely strong script – often, entire conversations, entire moods and conflicts were summed with one perfect line. Wonderful. I am unsure on the historical accuracy, but it is a fantastic film.

Rob Roy was nominated for an Oscar for Best Actor in a Supporting Role (Tim Roth). 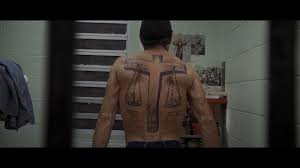 This Martin Scorsese remake of the 1962 film has Robert De Niro playing Max Cady, just released from prison after serving fourteen years for beating and raping a young girl. Sam Bowden (Nick Nolte) was his lawyer who buried evidence that his victim had been promiscuous, concerned that this may have reduced Cady’s sentence. Cady begins to stalk Bowden and his family, wife Leigh (Jessica Lange) and fifteen-year-old daughter Danielle (Juliette Lewis). When the law cannot help him, Bowden tries to take things into his own hands.

The heavy influences from Alfred Hitchcock are most obvious in the unnerving camera angles and intense music, but for me, instead of making it a classic, strong thriller, it was fairly absurd. I’m generally not great with thrillers, but this really didn’t bother me too much at all. Although I found it a bit difficult to get past De Niro’s accent.

Cape Fear was nominated for Oscars for Best Actor in a Leading Role (Robert De Niro) and Best Actress in a Supporting Role (Juliette Lewis).