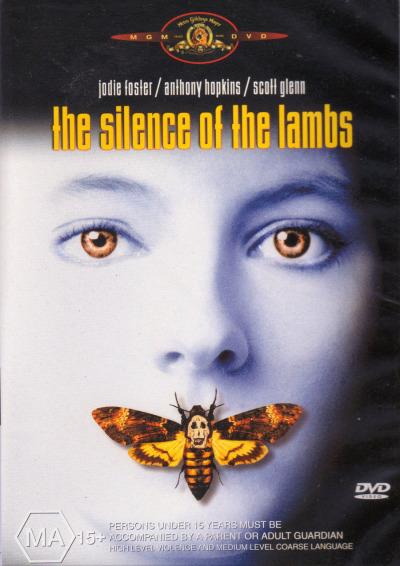 Detective Clarice Starling (Jodie Foster) is about to graduate into the FBI but is targeted by her boss to talk to Hannibal the Cannibal (Anthony Hopkins), to gain an insight into the identity of the current killer on the loose, Buffalo Bill (Ted Levine).

This is a fabulous film. Yes, the style has dated – especially Agent Clarice Starling’s very big hair. But the film is so intense and compelling, it is very easy to ignore the stylings. I remember watching this at a slumber party in the nineties – there were four of us, two of us had not seen it and the other two (I was one of them) had never seen anything like it. And we screamed and laughed and screamed. I haven’t watched it since, but I recalled so much of it that the impact was lost. Yet, it was still an intense experience.