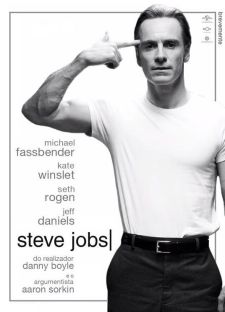 We all know who Steve Jobs was – that guy who stood up in front of crowds showing his new exciting products – iPhone, iPad, iPod – to masses of engineers and computer geeks. Pretty much all else I know of him was that he started Apple with Steve Wozniak and was fired by Apple later, and then later was back at Apple. This film tells of some of those early days – and of a daughter that apparently he didn’t believe was his.

When the music is so dominant, it makes whole sequences of the film sound like a trailer, and that can be really off putting. In fact, at times I started to drift off because not only was the music sounding like an ad, but the sequence on the film was actually advertising a product – Mac computers, and it is my automatic reaction from years of watching television to drift off during the ad breaks. It’s an interesting film, but not amazing. Perhaps to someone with more interest in the man, it would have been. But for me? Nup. 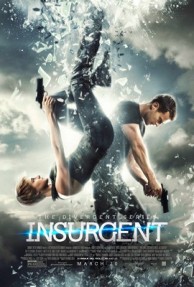 Tris (Shailene Woodley) and Four (Theo James) are in hiding after thwarting the effort of Jeanine (Kate Winslet). They make their way back to the big city, and they have the option of hooking up with another group of rebels. Things get a lot confusing along the way, but there is a box. It opens up if a divergent does a strange challenge type thing. But, no matter how many divergents Jeanine hooks up, they all just keep dying. It’s a real shame. Of course, it has to be Tris who unlocks it. But it is not what they expect… oh, where to next, dystopian future?

I liked it, a lot more than the last couple of Hunger Games films. And I liked the end a lot. I’m interested in seeing more, I want to know where it is all going. I reckon that makes it a somewhat decent flick. But I’m not shouting its greatness from the rooftops, perhaps I’m just a bit over this genre? 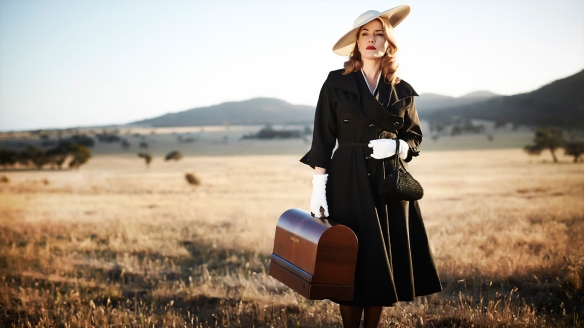 1950s, a very small town somewhere in regional Victoria. Tilly Dunnage (Kate Winslet), a glamorous dressmaker, returns to town, twenty-five years after she was taken away as a child for killing another child. She doesn’t remember, and feels cursed, so has come back to her mother, Mad Molly (Judy Davis) to learn the truth. Molly doesn’t remember her, but the rest of the town does, and she is hated. But when she transforms mousey Gertrude Pratt (Sarah Snook) into a gorgeous apparition with a fabulous dress, the townsfolk are forced to reassess.

I loved this film. I’d been terribly concerned from the trailers that I’d seen it all – the trailer certainly seemed to reveal an awful lot. And it all seemed to be going exactly where I expected it to go until BAM! About two-thirds of the way through the film, my heart was torn from my chest and everything went a totally different direction.

The cast is fabulous, most notably the always wonderful Kate Winslet, Hugo Weaving and Judy Davis. The costumes, as was necessary, were stunning. And the direction and cinematography; wonderful. It had all the quirk that I do love in an Aussie flick, but with powerful heart and, oh. I just loved it.

A dystopian future. Society is divided into faction they depending on predominate virtues, and at a certain age, teenagers chose which group to be in after a test – they can either stay with the faction they were raised in, or chose their own. Tris (Shailene Woodley) discovers she is Divergent – a risky category that spans all the factions. Her life is at risk if she tells anyone, but in her new faction, she meets and falls in love with Four (Theo James). Then, when Jeanine (Kate Winslet), the head of one faction, uses technology to possess the minds of a the fighting faction to attack and kill others to gain power, and Tris and Four find themselves in a lonely battle.

Loved it. I really do like these fighting, exciting films. I find it very easy to get sucked into the world and to want to see the good guys win. I just totally and utterly love it. Can’t wait to watch the next one, and the next.

Starting at Day 2, Contagion follows a virus that rips across the world, killing millions. It deals with individuals, companies, the government, conspiracies, all of kinds of things.

I remember seeing this in the cinema and being quite bored. It seemed slow and strange, and even though it killed off several of the more famous actors, it didn’t grab me. Yet I felt I’d missed something, and I’m so glad that I revisited it. It is not at all tedious, in fact it is totally compelling. It is fast and intense and, at times, really full on. I’d highly recommend it, though it is pretty darn depressing a lot of the time… 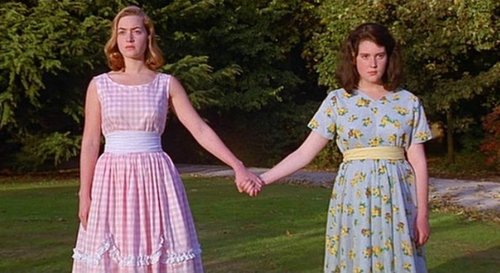 Pauline Parker (Melanie Lynskey) is a miserable, misfit of a girl in the early 1950s in Christchurch, New Zealand. Her life is transformed when Juliet Hulme (Kate Winslet) sweeps into her life, bringing a whole fantasy world that the girls create where they are king and queen and all sorts of dramas take place. But when they are threatened to be separated, drastic action is required, and they plot to kill Pauline’s mother.

It’s based on real events, and it is frightful story. But it is really amazing. The two leads are marvellous, with the intense, giggling and passionate friendship that is surely unique to teenage girls. But I think my favourite part of this is the world they go to, with life-size figures made of clay living in the palace that the girls created in their minds.

Heavenly Creatures was nominated an Oscar for Best Writing, Screenplay Written Directly for the Screen (Fran Walsh and Peter Jackson).

Sir James Matthew Barrie (Johnny Depp) is a playwrite who is no longer wowing the crowds with his work. Then he meets Sylvia Llwewlyn Davies (Kate Winslet) and her four lovely boys including young Peter (Freddie Highmore). Sylvia’s husband has passed away and, despite the misgivings of her mother, Mrs Emma du Maurier (Julie Christie) and his wife Mary Ansell Barrie (Radha Mitchell), she and her boys spend increasing amounts of time with James. As he plays make-believe with the kids, he is inspired and creates Peter Pan.

I cannot believe I have taken so long to see this film. It was wonderful – the fantasy sequences are so much fun, the story itself is moving, and I cried and cried and cried. How fabulous.

Germany, 1958. A teenager falls ill on the way home from school and is helped by a woman. He is quite ill, and kept in bed for several months. When he recovers, he returns to her with flowers and unexpectedly, they fall into a romantic encounter. They spend a summer together, with him reading to her between lovemaking, and then she disappears. He does not see her again until, as a law student, he attends a trial of a group of female SS guards who were charged with crimes committed during the war and she is one of them. He struggles to control how he feels about this; how he can reconcile the picture of the woman he loved with the actions she committed in her past.

As happens with me sometimes in films, one thing bothered me from the start and it took a lot of work for me to overcome it. That was, the accents. The film is set in Germany, but is an American made film. Consequently, it was not made in German; however, did everyone need to speak English with German accents? I had an issue recently with the mini-series The Spies of Warsaw for finding it difficult to know who was from which country, so perhaps it is contradictory of me to have a problem with this, but I do. I did eventually get over this.

I found this a very interesting film that raises a lot of questions and debate. When you get into a relationship or even just a friendship with someone, it is not possible to know their whole past. But when part of their past is as huge as this, how would you bring it up? How does a country that has been through the atrocities that Germany did during the war ever get past it? What happens to all of the soldiers, guards, whoever who committed the crimes after the war, and what about everyone else? This was a superb film, with strong performances, especially Kate Winslet as the lover/criminal, David Kross as the young lover and Ralph Fiennes as the lover as an adult.