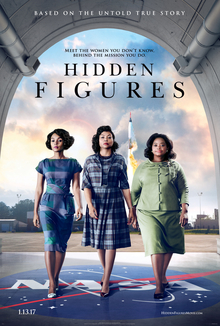 How often do we hear that some of the key players within NASA in the sixties were African American women who were still forced to ride in the back of public buses and use separate bathrooms and drinking fountains to white people? For me, it was never until now. Hidden Figures tells of three women and their rise against the odds. There’s Dorothy Vaughan (Octavia Spencer) who sees that the department she is unofficially managing (Computers – this being at the very start of machines being called computers, so computers means people who doing the calculations, and in this department, black women)is becoming obsolete just as a huge IBM machine is brought in. As she has a skill for mechanics, she steps in to find a future for herself and her fellow employees. Then there’s  Mary Jackson (Janelle Monae) who is assigned to compute with the engineers and is soon identified as having a brain that is capable of far greater work and is encouraged to take a degree in engineering. Finally, Katherine G. Johnson (Taraji P. Henson) who is put to work with the department working out the mathematics for the re-entry of the first manned mission to space. She is battling not only the attitudes of those around her who see her as a threat, but the politics of the time, with the only bathroom she is allowed to use being quite some distance from her desk. Then there is the love interest, Jim Johnson (Mahershala Ali), which I felt was totally unnecessary to the film – in fact, kind of undermined it in a way, because it was as if being extremely intelligent wasn’t enough, you have to have a man too. Still, it’s a great story and a thoroughly enjoyable and funny film. 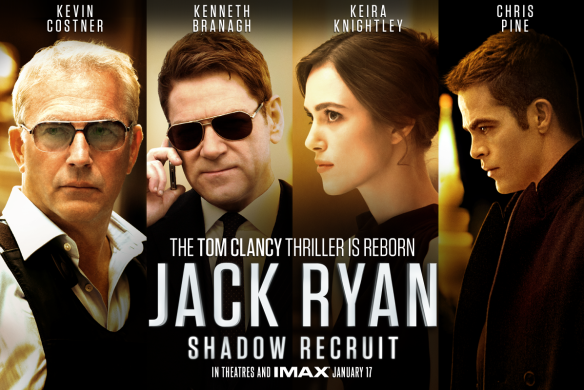 Jack Ryan (Chris Pine), a war hero who was badly injured rescuing his colleagues, is recruited to the CIA as an analyst. When he is sent to Russia on a mission by handler Thomas Harper (Kevin Costner) to look into the affairs of Viktor Cherevin (Kenneth Branagh) things get messy. They only get messier when his wife, Cathy Muller (Keira Knightley) turns up.

It’s exciting and Jack Ryan is a great character. There was tonnes of action, all the stuff I love. Running and shooting and the like. I even didn’t mind Keira Knightly, though I’m still far from a fan. Wonderful to see Kenneth Branagh back – I haven’t seen him for ages! 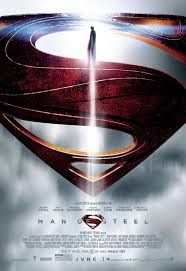 I totally and utterly loved Man of Steel. It’s long (143 minutes) but couldn’t have been a moment sooner. One issue is that there is such huge and important back-story that is needed for audiences who have not grown up with all of the versions above. It’s not like The Incredible Hulk where the whole back-story was covered excellently in images during the opening credits; there is far too much information for that. The solution? Flashbacks. Flashbacks for me often mean corniness and slack storytelling. Certainly, there were a few parts which were a bit sentimental, but that’s all part of the story being told.

Luckily, the action started early in the film. There is some cool stuff up on Krypton, but even once they arrive on Earth, it skips straight to the action.  And what action! I just love it. Explosions, fistfights (but between super strong people), planes, helicopters, spaceships, the whole lot. Lots of ground being smashed up and buildings falling down; the whole kit and caboodle. Awesome.

Man of Steel opens in Australia on Thursday June 27. See it at the cinema, and see it in 3D. I reckon.