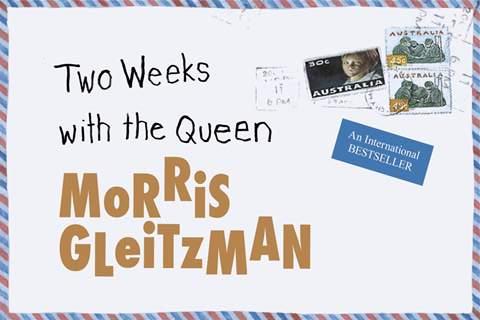 Morris Gleitzman is just so good at writing emotional books that cover very tough topics for kids. In Two Weeks with the Queen, he follows a young boy whose brother is terribly sick and whose parents send him to stay with family in the UK. He thinks that if Queen Elizabeth knows of his brother’s plight, she would send the best doctors to fix him. Instead, he meets a gay man whose partner is terribly ill and they each teach each other important stuff.
It is a book that is full of ‘as if’ moments, but it is very much worth suspending your disbelief and just enjoying the marvellous emotion of the book.

When Felix was a small boy in Poland, his parents put him in a Catholic orphanage and fled. A few years later, he decides he needs to escape to find them and save their books from the Nazis. He is too young to really understand what is going on, but being alone in this world forces him to figure it out. It is a horrible time for him; he is confused and seeing the type of violence that many of us would avoid even just on television, much less right in front of us.

The first book, Once, introduces us to Felix and launches us into his journey. We discover a stubborn, brave young boy who uses his imagination to try to make sense of the world. Then continues his journey with a new friend, Zelda, a young girl he has saved along the way. Morris Gleitzman takes the audience a different direction in Now, when Felix is in his eighties and living in country Australia. This book is told from his granddaughter’s point of view as she deals with being in a new place away from her parents. Later in the book, she and her grandfather are dealing with massive fires. I saw Gleitzman at the MWF and he said that the series was originally to be a trilogy, but the response to Now was that people wanted to know more of Felix’s story, in particular how he got through the rest of the war. So, he wrote After.

The books are very emotional, and I would certainly not recommend reading then in a café as I did, because waiting staff giving crying customers strange looks. I spoke with a friend’s ten-year-old daughter who had read Once and part of Then, but stopped because it started to get too sad. I told her that I found it very sad, and that perhaps when she was a bit older, it would be better for her. I’m not sure what age I’d recommend for reading this book, and it definitely depends on the child.

Felix is such a frustrating character because once he has an idea in his head, there is no stopping him, regardless of the danger of the situation he is in. This is also what makes the stories so compelling, because you really want him to succeed and be safe. At the MWF, Gleitzman talked about the fact that he wrote this book because he thought that there were no books for kids about the holocaust, and I have to disagree with this. I remember reading a lot of books like The Diary of Anne Frank and When Hitler Stole Pink Rabbit. Still, the Once series of books are ensuring that the horrors of this time are not forgotten – and what’s more, with Now, there is a strong account of bushfire similar to those that Victoria faced in 2009 on Black Saturday.