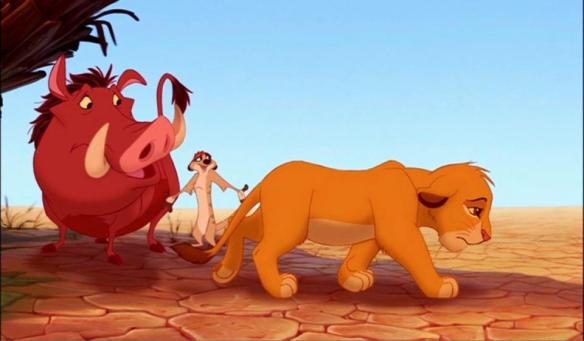 Often touted as an animated retelling of Hamlet, The Lion King sees King Mufasa (James Earl Jones) killed by his brother Scar (Jeremy Irons), and the son Simba (Jonathan Taylor Thomas and then Matthew Broderick) exiled, believing himself to be responsible. He is kept company by Timon (Nathan Lane) and Pumbaa (Ernie Sabella), but eventually is forced to face his own fears and return to take his rightful place as king.

Yawn. I did not grow up with Disney animations, and perhaps that is why I find them cheesy and schmaltzy and I really don’t like them very much at all. I understand that this film will be a favourite of many, something they grew up with and will always love. You guys have it. I’m not into it at all. 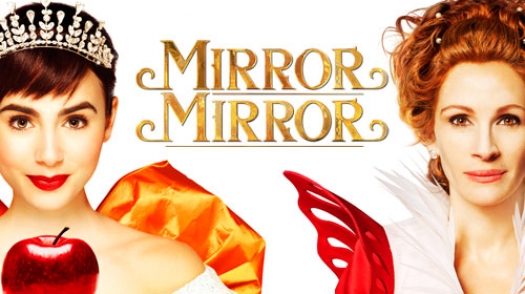 A retelling of the classic tale of Snow White and the Seven Dwarves, with a couple of key changes. The evil queen, played by Julia Roberts, needs to marry Prince Alcott (Armie Hammer)to keep being able to spend lots of cash. She has kept her stepdaughter locked up, but when Snow White (Lily Collins) gets out and sees how the kingdom is starving, she vows to find a way to get her kingdom back. Along the way she meets a group of bandits, the seven dwarves (Martin Klebba, Jordan Prentice, Mark Povinelli, Jow Gnoffo, Danny Woodburn, Sebastian Saraceno and Ronald Lee Clark) and they help each other.

I thought this was pretty darned good initially, although at moments, I think the story was sacrificed for gags, which was a shame. And then it ended with a crappy Bollywood number. I quite like Bollywood, the glitz, the glamour, the music. But not when it is totally out-of-place and not when it is crap.

Anyhow. The costumes were amazing. Never before have I wanted to be a princess, but if I could get those outfits, I’d do it in a second. And, unlike Snow White and the Huntsman, thanks for highlighting the work of some top short statured actors – here were seven top performances, and Peter Dinklage wasn’t even in it. Now, if only we could see a bit more from the chicks, that’d be ace.

Mirror, Mirror was nominated for an Oscar for Best Achievement in Costume Design.