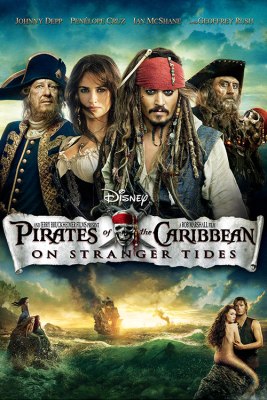 Captain Jack Sparrow (Johnny Depp) ends up in a race undertaken by Blackbeard (Ian McShane) with his daughter, Angelica (Penelope Cruz) against, on one hand, Barbossa (Geoffrey Rush) and on the other, the Spanish. Their goal? The fountain of youth.

I loved the first Pirates film. I seem to recall quite enjoying the second film and even the third was okay. And I did also really like this one, but it’s feeling a bit paint-by-numbers. There is the premise, then Jack does a daring escape, then something happens, and then Jack does something else big and dramatic, and then it ends, but not the way that you’d expect. There are twists and turns.

I did enjoy the film, but I feel like I need something new and exciting to keep me wanting more. 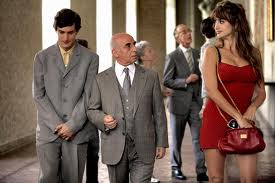 Ovbiously, set in Rome, To Rome With Love follows several plot lines that flow over each other and could easily be separate films.

There’s the opera plot, with Woody Allen and Judy Davis playing parents to Hayley (Alison Pill), a visiting American student who falls in love and becomes engaged to a very handsome Italian. Allen’s character discovers a talent in Hayley’s soon-to-be father-in-law that, I recall, was a plot from the Brady Bunch back in the seventies. This plotline was ridiculous and drove me nuts, but luckily I felt the rest of the film made up for it.

There’s the mysterious character plot, which covers architect Jack (Jesse Eisenberg) having to entertain his girlfriend’s best friend Monica (Ellen Page) who is visiting. Jack’s girlfriend is studying and has exams, so leaves the two of them alone despite the number of men who have fallen in love with Monica over the years. Alec Baldwin plays the mysterious character of John, a highly successful architect who is hanging around like an imaginary friend to Jack, pointing out how pretentious Monica is, and how inevitable the story is. Despite the fact that I have no inclination to assess and interpret this character, I liked this plotline.

Then there’s the newlyweds who are planning to move to Rome for the husband to work for his family, but through a series of misunderstandings, he ends up taking a prostitute around with his sombre relatives and she ends up in the hotel room of a famous actor.

I quite like short stories, and this film was just like a collection of little short stories. It’s not a big, important piece of work. It’s just delightful, and what a beautiful and amazing setting. I’ve not yet been to Rome. Now, I really, really want to. 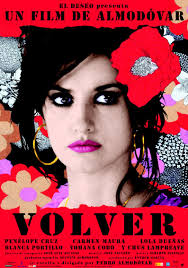 Where to start with this film? Well, there is Raimunda (Penelope Cruz) who is living in Madrid with her daughter Paula (Yohana Cobo) and her deadbeat husband Paco (Anotonio de la Torre). They are barely coping with life when a tragic event occurs that Raimunda and Paula must deal with. Then there is her mother Irene (Carmen Maura) who died in a fire four years ago but has returned to live with her other daughter, Sole (Lola Deunas) to resolve issues from her life. Finally, there is Agustina (Blanca Portillo) who lived nearby Irene and her husband before they died and who is trying to resolve the issue of her missing mother before she becomes ill from the cancer which is afflicting her.

And there is more – this is only a small part of the plot. It’s also quite a long film, just over two hours long. But, in all of that, there are only two scenes that I felt didn’t quite work. One was a singing scene, which was kind of cute but didn’t really bring much – although the song gave the film its title. The other was the key meeting between Raimunda and her mother, where an awful lot of back story was explaining in a very detached and lengthy conversation. Overall, though, it is a great film, thoroughly entertaining, and with a great Hitchcock-esque soundtrack.

Penelope Cruz was nominated for an Oscar for Best Performance by an Actress in a Leading Role.