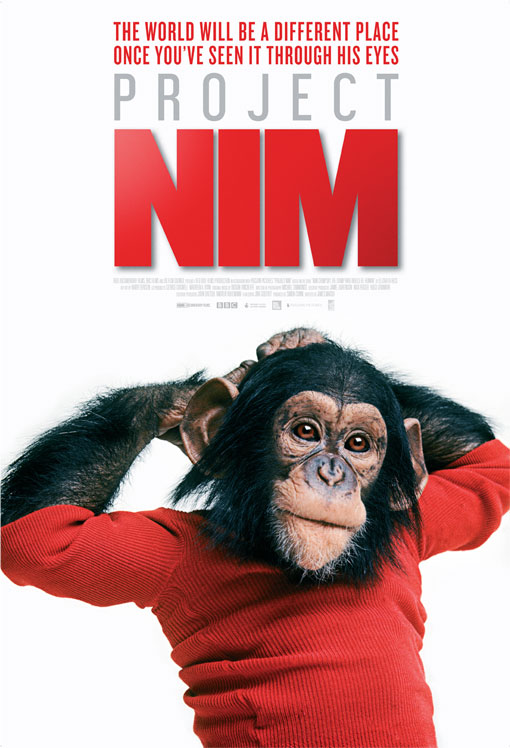 What happens when you take a chimp and try to integrate it into a family and teach it to communicate as humans do? Not surprisingly, it didn’t go smoothly. Especially because this was the seventies, and the people involved were nuts. No, not nuts. But certainly a little crazy, I reckon. And there seemed to be so little care for the emotional wellbeing of the chimp.

The aim of the project was to see if a chimp could learn language and structure a sentence. The chimp, Nim, was treated like a human child, but of course, a chimp is not a human. As Nim grew, various young scientists came and went, working with Herbert Terrace, the head of the project. Nim gets bigger and his natural instincts come in, and eventually, the project comes to close. The scientists involved have formed relationships which need to be severed, causing clear emotional stress on both sides.

To me, it’s an interesting documentary, but it doesn’t show anything all that unexpected. It’s a form of cruelty; not shocking, horrible cruelty, but to have an animal that clearly has the intelligence to form these relationships and to take them away from these relationships can be pretty hard to watch.