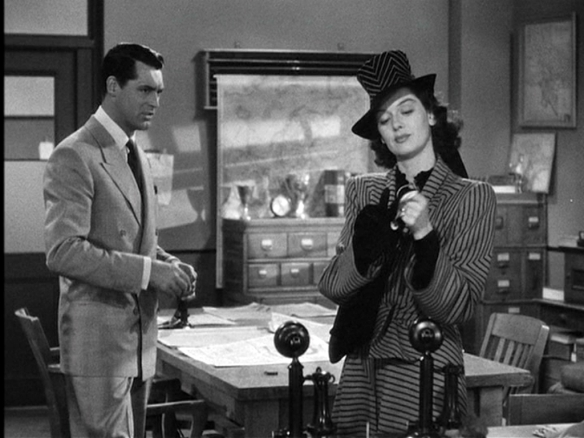 Hildy Johnson (Rosalind Russell) has returned to her former workplace at a newspaper The Morning Post to inform her former boss and husband Walter Burns (Cary Grant) that she is about to remarry insurance man Bruce Baldwin (Ralph Bellamy). Walter does not take the news well, and puts plans in place to keep her, hoping to win her back to both her job and to his side. But when a once-in-a-lifetime story comes along, Hildy gets swept back in.

Isn’t it tragic when one of the best representations of a woman in a film that I’ve seen for a long time is in a film that way made over sixty years ago? Sure, it’s not perfect; the idea that she is getting married and seemingly thus will not work again; that’s not ideal. And the final resolution; I felt part of it was not necessary, but perhaps it was in 1940. It’s sassy and fun and ridiculous and I thoroughly enjoyed it.