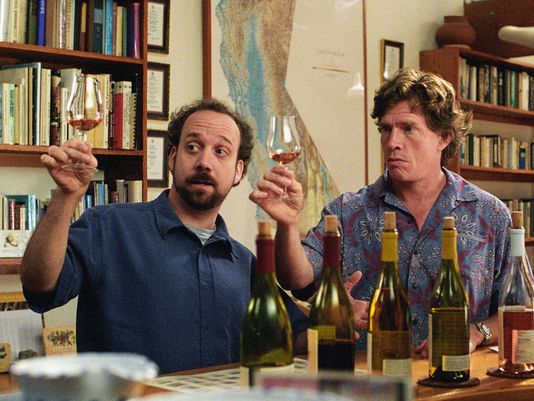 Miles (Paul Giamatti) is a depressed wine lover who is struggling to get past his divorce, even after two years. Jack (Thomas Hayden Church) is an actor who never really made it, and is about to get married. Miles takes Jack on a wine-tasting week away expecting lots of drinking and golf, but Jack is more keen on getting laid – and getting Miles laid. Then there are the ladies that they meet – but I don’t feel like mentioning them given that the only role they have is to be sex objects and to be treated poorly.

I don’t get this film. I don’t really understand why it was so highly lauded. Perhaps it is that we don’t see a lot of films of middle-aged men having breakdowns. Do we? I just found it boring, both the men had appalling attitudes toward woman and towards life in general. There were several scenes that seemed totally implausible, and really, just annoyed me. 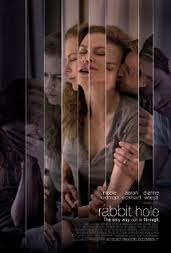 A husband and wife are in mourning months after their young child was killed in a car accident. This slow-moving character piece explores their grief and how they struggle to find a way through it.

It felt like it needed more. More plot, or more emotional connection, or something. This, perhaps, is exactly what the director intended. It is a film about how the inertia of grief has frozen them in their lives, and they cannot move any way. The big problem for me is that there were a lot of scenes that were clearly meant to be emotional scenes. Lots of staring into the middle distance and crying – but I felt nothing. I just didn’t connect with the characters. Was it the acting? Perhaps.

I always used to defend Nicole Kidman. For years, I’d tell people that she was a much better actor than they thought. But, I’ve really had to come to the conclusion that just because she is Australian, that doesn’t mean that she’s good at what she does. I mean, we’ve got Rachel Giffiths and Toni Collette, not every Australian actress is going to be brilliant.  I still think Nicole was pretty good in To Die For, and on the second watching, when I got past the prosthetic nose, I didn’t mind her in the hours. But generally, whenever I see her in a film, I just see Nicole Kidman playing some other character. I still have hope for our Nic. Not sure if it is misplaced or not.