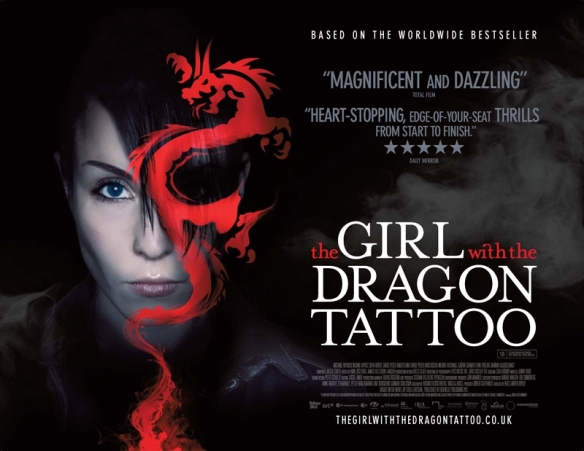 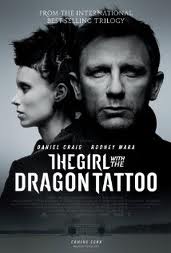 So, months ago I compared the US and the Swedish versions of the film The Girl with the Dragon Tattoo (here’s a link) and promised that I would read the book and compare it also. Finally, I have done so – well, actually, I finished it quite some time ago and forgot to write about it. Oops. Now, I’ve finished all three books and, indeed, have watched all three Swedish films. Only the first of the three US films have been released. The second two are both listed on IMDB as being in development, but with no release date.

The one thing I wanted to know about the book was how it compared to the two films. Both films were similar, but with a few key omissions. Turns out, the Swedish film was originally a TV production, but I am not sure if any information was left out. Essentially, I felt after reading the book that the Swedish was more true to the book, although had a few hints toward the future volumes. Neither were quite aggressive enough to the killer in my mind, but the Swedish end was much more closely tied to the book. 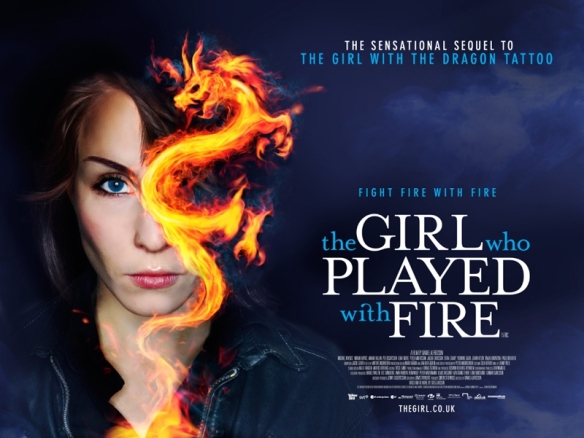 The second novel, The Girl who Played with Fire has Lisbeth Salander, the marvellous protagonist from the first book, travelling the world, seemingly free whilst a journalist in the Millenium offices is researching a sex-slavery ring. He and his girlfriend are suddenly killed and Salander is the key suspect. And then, in the book, we hear nothing from her for ages. It’s magnificently clever. The reader believes that she has done nothing, but all we see and hear is from either the police investigation, with all it’s flaws and prejudices, or Mikael Blomkvist, the other key protagonist who worked with Salander in the first book. It is as if the author, Stieg Larsson, wants to totally draw us in before Salander resurfaces. It is so exciting and driven and totally sucked me in. The film is fairly true to the book, although does not have this long period of time without Salander. I guess it’s hard to fit it all in to two hours. I thoroughly enjoyed the film and couldn’t wait for the third. At this point, however, I read the third book. 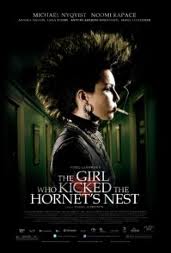 The Girl who Kicked the Hornet’s Nest is hard to read – or more, hard to follow. It is dense and complex, with an extremely deep conspiracy within a secret governmental department. Certainly, it is worth wading through this carefully, as it all becomes extremely heated in the last third of the book, but I can understand why some people will not have read this far. There are also several major sub-plots that only just manage to tie in with the main plot and felt, at times, unnecessary. This is one of the major strengths of the film. It goes for two-and-a-half hours, yet still shows only about half of the book. But, the parts that have been omitted really do not affect the storyline, and indeed, free it to really focus on the story we want – and that is, Salander all the way.

If you like fast-paced action books, they are worth it. They are nowhere near as easy to read as the Jack Reachers (which I love – thanks, Lee Child), but have a more complex and worthwhile payoff. If you’re not up for reading through all the complexities, but you do like a good action film with heaps of excitement and intrigue, the films are worth it. If you don’t like subtitles – well, either get over it and learn to like them, or perhaps wait until Hollywood catches up.