Aaron Altman (Albert Brooks) is a reporter for a Washington news show and Jane Craig (Holly Hunter) is the producer who, unbeknownst to her, has his heart. Along comes pretty boy Tom Grunick (William Hurt) who has no experience but eventually shows some natural talent and there is a love triangle.

I don’t know why, but I always thought this was a drama about serious news things rather than being a love story. It’s great, very much of its time, though Holly Hunter gets to play a pretty awesome woman, and so it was a little frustrating that it ended up having a main plot around her love life. Still, definitely worth a watch.

I remember when this film came out, everyone was going on about how terrible Russell Crowes’ accent was, and I just want to say that it didn’t bother me. There were accents all over the shop, I had no idea who was supposed to be from where, and didn’t really care.

The film tells the story from when Robin Longstride (Russell Crowe) and his mates are fighting under King Richard the Lionheart in France, only when the king dies, they nick off home, pretending to be some nobles whose they find dying along the way. After delivering the news to the new king, Robin goes to tell the noble’s father that his son is dead. The father, Sir Walter Loxley (Max von Sydow) convinced Robin to stay and assume his son’s identity to ensure that the land is not taken away from the widow, Marion (Cate Blanchett). And the story continues up to the point where Robin and his mates become outlaws.

In general, I didn’t mind this movie. It’s wasn’t amazing, and personally if I was to watch a film about a rebel in the olden days in Britain, I’d sooner watch Rob Roy or even Braveheart. What really bugged me was that Cate Blanchett had a very average role to play, and there was absolutely no chemistry between her Marion and Crowe’s Robin. It felt like it was close to being a good story but never quite made it. 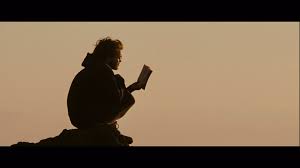 A free-spirited guy, Christopher McCandless (Emile Hirsch) decides to leave his expected future and travel around America with no money, just finding his way, meeting people and having experiences. His ultimate goal? To live in the wilds of Alaska. And he does, although it ends up taking his life.

I watched this a few years ago and remember being quite annoyed at it. Cynical me thought ‘blah blah blah, idealism and blah blah’. Being played recently on SBS gave me a chance to revisit, and I hated it a lot less. I still didn’t love it; cynical me was still mocking his wide-eyed wonder at every little thing in nature. But I hated it a lot less. I’ve enjoyed the writings of John Krakauer in the past (I’d highly recommend both Into Thin Air and Beyond the Banners of Heaven), and think perhaps if I read the book on which the film was based, I might like the movie more. But perhaps not. The only thing that really surprised me was that the adventures that this based-on-a-true-story film was created around happened in 1992, not 1965.

Into the Wild was nominated for Oscars for Best Performance by an Actor in a supporting Role (Hal Holbrook) and Best Achievement in Film Editing.

Book – Into the Wild by Jon Krakauer

As I mentioned previously, I had expectations from the book. I hoped it would give me some insight that would make me enjoy the film more. It didn’t, but having read the book, I realize that is a pretty silly expectation.

The book is definitely worth a read. It seems the film portrayal of Chris McCandless is pretty accurate, and I still think I wouldn’t have liked him. But the interviews Krakauer did makes it very clear that he McCandless made a real impact on people in his life.

What I liked most in the book, however, was the comparisons between McCandless and a variety of other young men who take themselves off to complete extreme challenges, often for no really strong reason. This included Krakauer himself, who as a young man climbed a rock formation in Alaska on his own, making several decisions and mistakes that could have easily have led to his death. I think McCandless and Krakauer and the other people mentioned in the book are foolish and foolhardy to attempt such things in often quite a reckless fashion, but I feel that I must give them some kind of respect also. They are very different to me in personality and that’s just fine.

In my attempt to see all the Marvel films leading up the Avengers from last year, I’ve watched The Incredible Hulk. This one’s the one with Edward Norton and Tim Roth. Unfortunately, even such strong acting talent could not save this film for me.

Luckily, the origin of the Hulk is covered in a very impressive opening sequence, where we see Doctor Bruce Banner becoming the Hulk, causing a whole heap of damage and fleeing. We then join him in Brazil, where he is practicing a series of methods to control his anger and his pulse rate to avoid releasing the hulk. Along comes General Ross (William Hurt) an army general who has recruited Emil Blonsky (Tim Roth) to bring Bruce Banner in so they can use the technology to create super-soldiers. Ross gives Blonksy a treatment which causes him to start to become a monster – and eventually, a truly evil threat to humanity.

I didn’t enjoy this as much as I thought I should. Perhaps it was because Mark Ruffalo was so perfect as Bruce Banner in The Avengers, that Edward Norton didn’t cut it for me. About halfway through, I was disappointed at the lack of appearance by the Hulk. When it was clear that the film would end with a battle between the Hulk and the monster that comes from Emil Blonsky. But even this ridiculous fight didn’t do it for me. I got bored. Bring on more Iron Man and Avengers films, but don’t bother with another Hulk. Or make it better. Although it was delightful to have the briefest appearance of Robert Downey Jr at the end. That was nice.