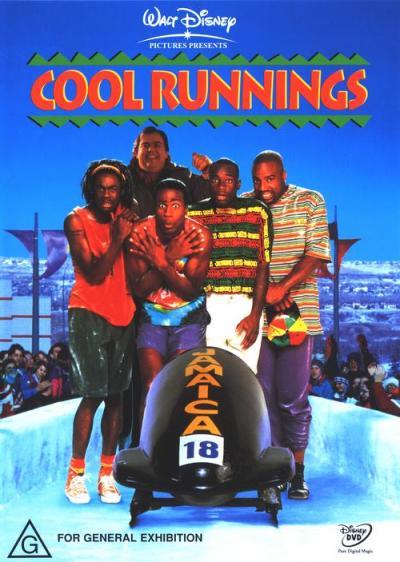 It’s fabulous watching films from the 80s. Okay, so Cool Runnings was made in 1993, but it has all of the markings of an 80s film – a handsome male lead with several kooky friends, awesome and very silly montages, lots of mentions of East Germany and, of course, John Candy.

When, through an accident during the Olympic trial for the 100m sprint, Derice Bannock (Leon) misses out on making the Jamaican team, he is determined to find another way to get to the Olympics. He discovers that Irv (John Candy) lives on the island; Irv was a bobsled champion in his youth. Derice convinces Irv to train him and his path begins. He pulls a team together and they get the money together to get to Canada. Then they must work against the politics, the derision of the other teams and their own problems to try reach their dream; Olympic gold.

It’s a good, fun film based on an inspirational story. It’s not brilliant, but it is certainly worth a revisit if you haven’t seen it for a long time.