I'm a blogger based in Melbourne, Australia. I love writing, and am exploring new and interesting ways to do this.

It’s always so difficult to re-read a book which you loved in the past, risking that it won’t be all you loved and you may question who you were when you read it. I loved this book, I loved the re-telling of the story that I knew so well from the film, but I also loved the interjections from Goldman about his life and how it came about. I have no idea on what was real, what was fiction, and I loved it. Having said that, the final section which was an additional chapter – Buttercup’s Something – was terrible. It almost ruined the rest of the book for me. Almost.

Elwood Curtis, being raised by his grandmother in the 1960s but ends up very unfairly put into The Nickel Academy, a boys home which is kind of a juvenile detention centre.

Increasingly we hear more and more about these awful places. Institutions for children who are ignored by society, abused, left physically and emotionally traumatised for life or even killed. They are all across the globe, often First Nations children removed forcibly from their families as in Australia’s Stolen Generations. Whitehead based this story on a real reform school in Florida. It’s a devastating read but so important and so good. 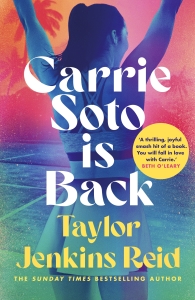 If you’re following in the world that Taylor Jenkins Reid has created in her previous books, you’ll know that Carrie Soto is the world champion tennis player who had an affair with one of the characters in Malibu Rising. In this book, realising her record for most Grand Slam wins is about to be broken, she mounts a comeback.

It’s a good book but, for me, too much tennis. That’s a stupid criticism in that a book which is all about a tennis comeback is going to have to have a lot of tennis, and the author has tied it in with the emotional journey off the court, and overall, it’s a solid read. I was somewhat put off by an incorrect fact which was missed in fact checking and made me very grumpy. (The fact in question… Rod Laver Arena was renamed this in 2000. Having a character walk onto it in the nineties was not possible. Amazing that a little thing like that can rile me up so much) I’m not sure that it necessarily coloured my overall judgement… but it might have a bit. Anyway, it was fine, I did enjoy it, and I’m kind of enjoying guessing who her next story might be about. I have my thoughts. 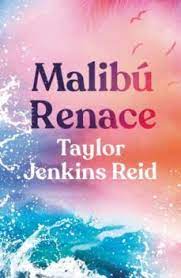 Following in the world Taylor Jenkins Reid has created, Malibu rising follows the Riva family – the children of singer Mick Riva (one of the husbands in The Seven Husbands of Evelyn Hugo). With the story cutting between the 24 hours surrounding the annual legendary party of the oldest, Nina, and flashbacks to their youth, the initial section sets up that a massive event is about to happen.

I enjoyed this, the lives and the way they intertwine; the secrets and reveals; the tragedies and the hope. It’s a fun, light story.

When unknown magazine writer Monique Grant is sent to interview the extremely famous but reclusive ageing Hollywood star Evelyn Hugo, she finds herself in over her head. Evelyn has chosen Monique to write her memoir, but as she records the life and times of this woman, Monique becomes attached, but also curious as to why she has been given this task.

I loved this – a fast read, compelling characters, a bit flawed, but any flaws are easily overlooked. I initially found the twist at the end somewhat underwhelming, those as I considered it later and discussed it with a friend, I warmed to it more and more. I’m very excited to see it is being developed into a TV series, it feels perfect for this.

Cora works on a slave on a cotton plantation, abandoned by her mother who escaped and left her behind. She too escapes, and the story follows her and those around her on her journey to obtain and keep freedom.

It’s a truly wonderful book. The concept of the Underground Railroad is one which I was familiar with, though only briefly, and was a little confused by the way that Whitehead gave this a sci-fi slant by having an actual steam train travelling through tunnels. However, once I got my brain around that, I loved it. It’s a super hard read, very graphic, with awful things happening, but that’s history. In a world with the rise of white supremacy, it’s extremely important that we recognise the horrors of the past and try to ensure these horrors don’t happen again. 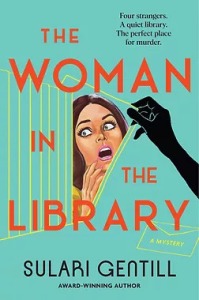 I started the book thinking it was going to be a murder mystery and I was pretty happy with that, but then these additional layers came in and it got really good. I was loving that some of the things I was critical of appeared in the notes from the reader, and that made it so much more clever to me. It’s a quick, fun read. Really unexpected and great.

The fourth Caleb Zelic book, Caleb is now trying to reconnect with his brother, Ant, who is again recovering from addiction, the addiction having resurfaced in part because of Caleb. Plus Caleb’s wife is heavily pregnant, but after stumbling into a shooting and a whole heap of trouble, he needs to get to the bottom of it to keep his family safe.

I love these characters and stories. It seems ridiculous theoretically that Caleb keeps ending up in these crime related situations, and yet it’s also totally believable. If you like crime books, get these and read them. I think they are definitely worth every moment. 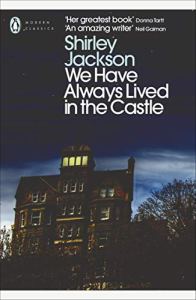 The remains of a strange family live in a mansion outside of a small town. Two sisters and an uncle, the rest of the family murdered by poison at a tragic dinner. The townsfolk shun and despise them, but when a cousin turns up in hopes of claiming some of the family fortune, their existence is threatened.

I finished this book and found I still wasn’t quite sure what had happened. It’s fascinating and I loved the writing. I didn’t mind being confused and, oddly enough, I’m happy to not have any more information about what happened. Sometimes, an odd book is just an odd book.

On an island owned by her rich grandparents, Cadence and her family holiday every year. It’s an existence that seems idyllic but carries the history and lies of the whole family. Caddy hasn’t been back for a couple of years after the incident, but on her return, she finds things are different. Everyone is different.

I was surprised to have found myself so sucked in to this story. A group of super rich folks? But the secrets and lies were fun, and then the book took a turn I did not spot at all, and I was there for it. Lockhart has written a prequel which is in my to read pile. I’m interested to see what is in store for me.