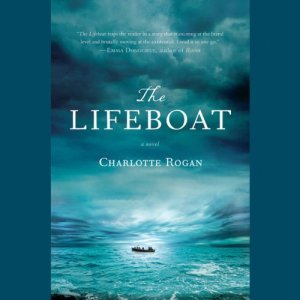 Grace is on an overfilled lifeboat in 1914. The ship she and her new husband were on suffered a mysterious explosion, and she is not sure if he has survived. The lifeboat bobs away in the middle of nowhere for weeks. Some people survive, some pass away. There are arguments over who is in charge, rumours about corruption and debate over what action needs to be taken.

The story is told from the point of view of Grace, back in England after being rescued, as she awaits trial over events from the lifeboat. It is not clear for a long part of the book what these events are, and this is one of the delights of the story. The slow reveal. What’s more, Grace is a marvelously unreliable narrator – one of my favourite literary devices. It is hard to know if she is lying about things or if she is telling the truth as she recalls it.

The story is not rushed and, whilst it is revealed early on that they are eventually rescued, it is the events of the time on the boat that held my attention.