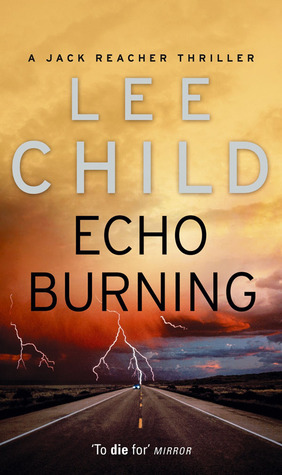 Having got out of New York, out from under Jodie’s thumb, Reacher is on the road. Hitch hiking, he meets Carmen, a woman who needs his help. She’s in an abusive relationship with a rich man who is in prison, but the man is about to be released. She cannot just run – not from this family. Will Reacher help? Of course! With his sense of justice, he cannot leave her there, but are things as she says they are? Who can help Reacher?

There’s never a shortage of beautiful women and bad guys to keep Reacher bored for long, and he certainly get to beat up some bad guys in this one. Plus, the doubt that is cast on the damsel in distress. Is Reacher being played? Even he begins to doubt himself – wonderful!